Just this morning, I had the pleasant surprise of riding one of the first 4 new trains on the Metro 3 line of the Budapest subway system.

I didn’t even know there were supposed to be new trains. My colleague said it was in the news that week but I don’t have a TV in my flat. So imagine my surprise when this beautiful white train screeches to a stop in front of me at the station. I was shook awake from my usual sleepy waiting-for-the-train state.

I giddily got on the train, soaking the interior. The seats were plush. The lights were bright, not dim and flickering like those you see in doomsday or zombie apocalypse films. The interior smelled fresh, no smell of smoke or pee at all. There were electronic sign boards showing the next metro stop. It was exactly like a Metro 2 train, only it was in white. I read later that this train is called “angel”, alluding to its white color.

According to news reports, there will be a gradual phase-out of the old trains until end of 2018. About time, don’t you think?

Also, plans are underway to renovate the stations, starting with Kőbánya-Kispest. Will they make the stations look like Szent Gellért? We can wish, right? 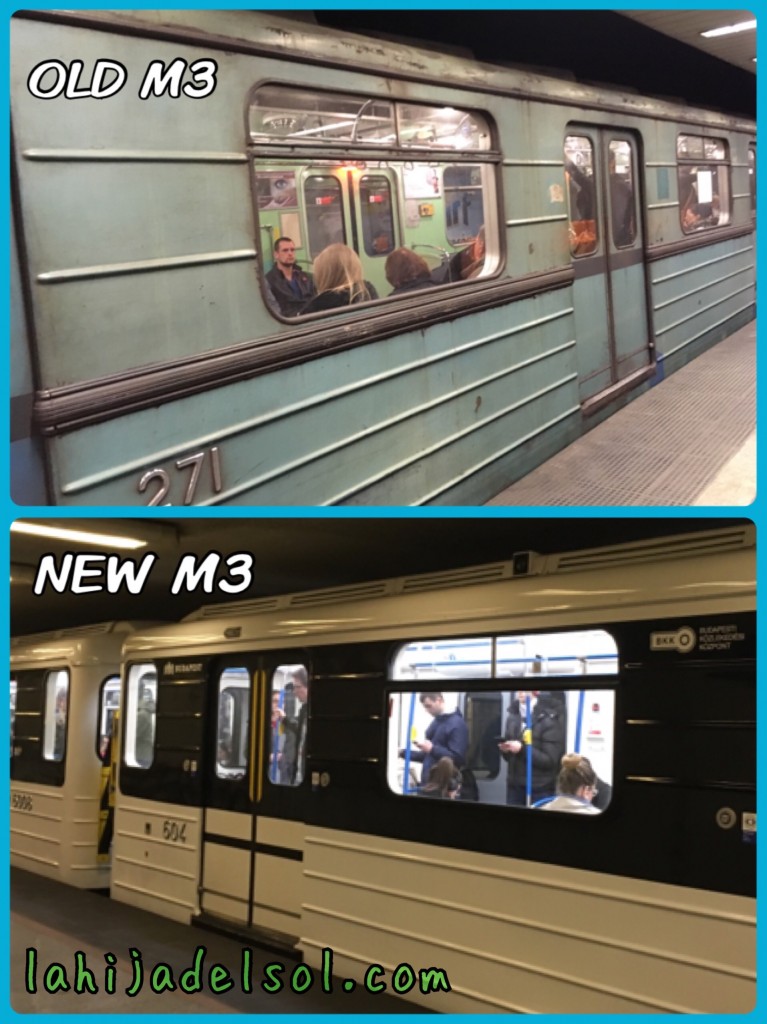