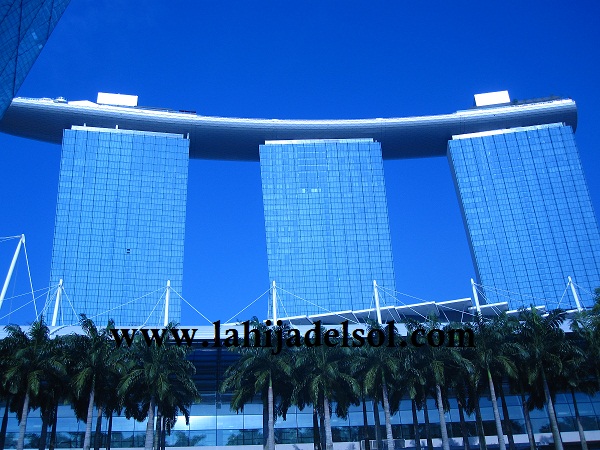 Despite Singapore being only 3.5 hours away from Manila, I never had the chance to visit it ever. Until last month. Arol invited me to come with her and a couple of her friends (Ray and Joyce). The Boracay trip with Erica did not push through and I did not have anything else lined up.

It only took a little convincing and I am so glad I decided to go! On my very first time to SG, I got to experience the Great Singapore Sale (happening from 25 May to 22 July).  Singapore is synonymous to shopping and as everybody knows, very few four-letter words can make a girl’s heart go  ballistic. 😉

We booked via budget airline, Jetstar. Each one way ticket cost about USD 72. A little expensive than normal budget airline rates, given that it is super sale season in Singapore.

Our flight was at 21:25 but only got to the airport at about 20:30. All the time we were in the cab to the airport, I was stressing and worrying that we won’t make it. Thank God we still had a little time. And in that short time, we already had so many bloopers:

– Ray lining up at the check-in counter for Darwin, Australia
– Ray and I being held up at the immigration counter by a super beeyatch who probably owns the airport
– Joyce ordering dinner inside the plane in polite Tagalog from a Chinese flight attendant.

But overall, it was an uneventful flight and I slept for the most part until we landed at…

We touched down at 12:55, Saturday. After changing our money to SG dollars, we had a quick dinner/midnight snack at Burger King. We hailed a taxi outside, which is the scene of another blooper starring Ray: he was trying to get into the right front seat — the driver’s side in SG (and the passenger’s side in PH). Our cab driver just laughed it off. Interestingly enough, this is not Ray’s first visit to SG. He must be sleepy or something. 🙂 The cab took us to Arol’s place at…

This beautiful place was our “homebase” for the duration of our SG stay. Arol & KT so generously let us crash (er, squat? Haha) in their lovely home. I was happy to see KT again. He hasn’t changed at all. The very last time I saw him was during the time Arol left Watson Wyatt – I met up with him to give him my CD writer that Arol wanted to borrow. Over 5 years ago??

Anyway, the area is so much beautiful in the morning, very clean and quiet. Kind of reminds me of a typical Japanese suburban neighborhood. Except that this one makes you feel as if you stepped into a luxury car show 😀 BMW, Mini Cooper, Jaguar…they have all sorts!

Arol’s condo is also very near the MRT station, just a few minutes’ walk.  It is from this station that we took the city-bound train going to…

I know most first time visitors would always go to Sentosa. But not me. Sentosa can wait — it is the Great Singapore Sale, after all, and there’s no better place to shop than at Marina Bay. 🙂

If I remember correctly, Arol was supposed to bring me to the top of MBS while the others will just go around the shops. But while walking, we kept getting sidetracked by all things pretty and shiny in the shops and we completely forgot about the view deck. Mango here, Victoria’s Secret there, you get the idea.

Nah, Singapore isn’t infested with Voldemort’s friends. This guy is part of the Harry Potter exhibit at Marina Bay Sands. The exhibit is ongoing until September. And I will not miss this on my next SG trip in August!

All that walking and shopping made us tired and hungry so we decided to stop for some snacks. I was feeling particularly drained because I haven’t had coffee the entire day but instead of getting my caffeine fix at Coffee Bean, I decided to go with them to Gong Cha. Wooo, chance ko na to! Here in Manila, the lines at Gong Cha never disappears. So I thought maybe in SG, I can just line up and get my drink in 2 seconds flat. Wrong.

But at least, I did not have to wait too long in line and I finally got my coffee. I know, I know. Gong Cha = tea. But I was really craving for coffee. BTW, this Craze Hottis from 7-Eleven is really yummy. I wish I bought one for myself. 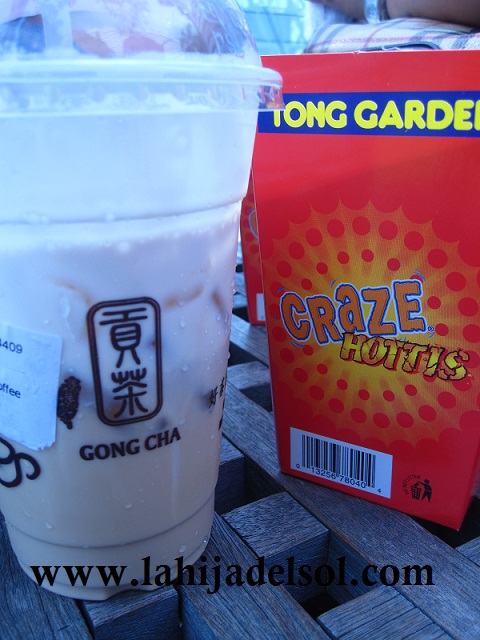 We went outside the mall with our snacks and sat on the benches overlooking the boardwalk and the river. Really nice view. I especially loved the fact that I am not accosted by ciggie smoke while in a public place. Wish ko lang ganun din sa Pilipinas, di ba? 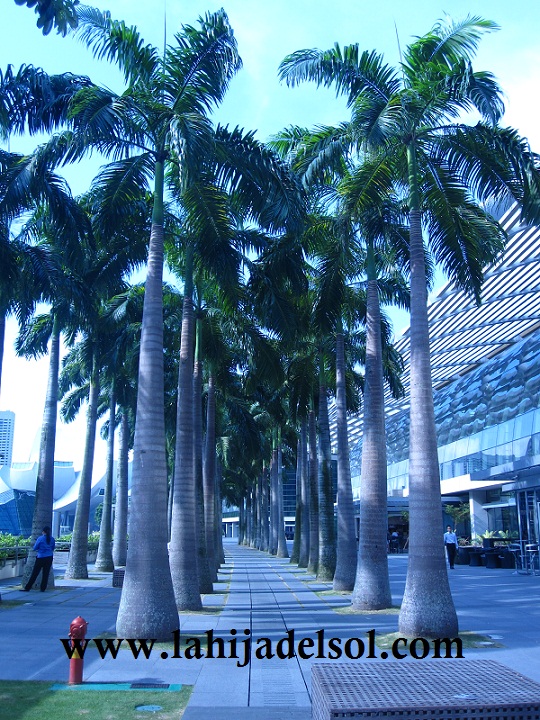 We were all recharged after that brief rest and were ready for another round of shopping. 🙂 We headed to this Louis Vuitton store — which looked like it was built on its own tiny island. Very cool. 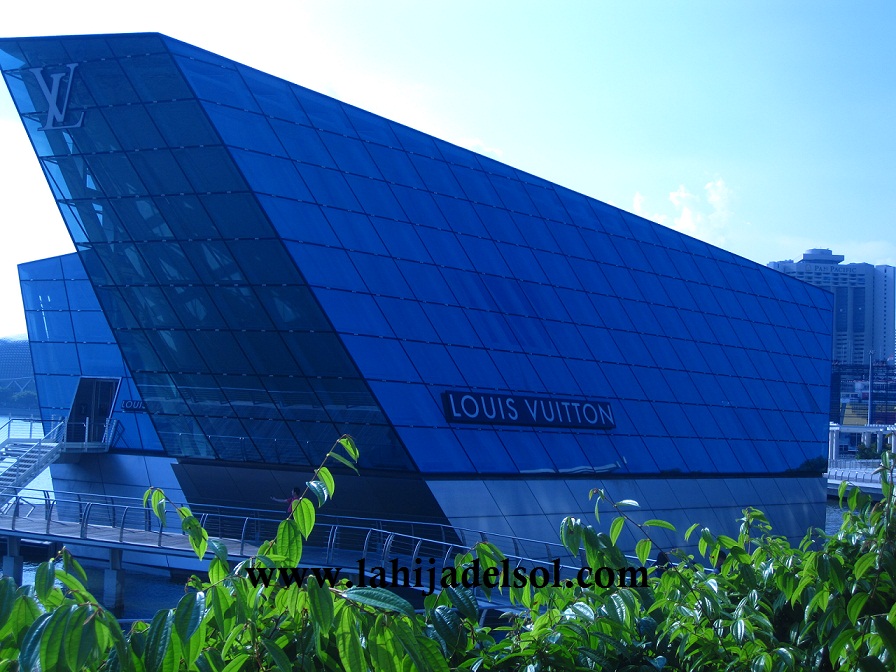 Inside the store, we drooled at all the lovely things on sale and enjoyed looking at the “knitted paper” exhibit. Seriously. Knitted paper. Old magazines and books were cut into strips and knitted into these exquisite pieces. These pieces obviously took so much time and effort. I can’t even knit properly with yarn. And some people do it with paper. Wow. 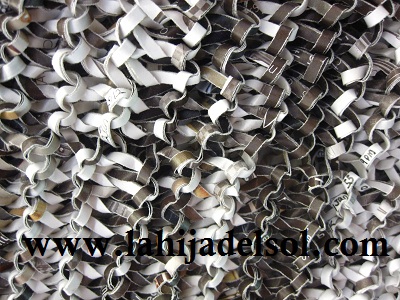 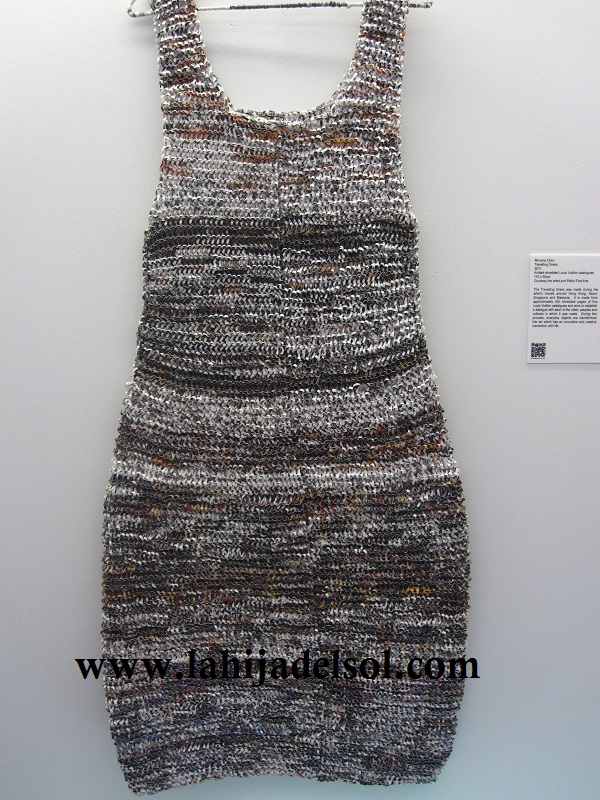 But these ones scared the heck out of me. A little. They are quite creepy, standing like that. 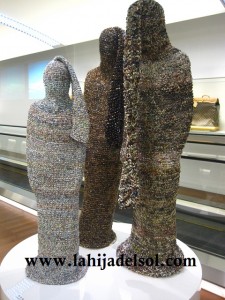 You cannot be inside an LV store and not buy anything, right? Here we are, very happy with our purchases. 😉 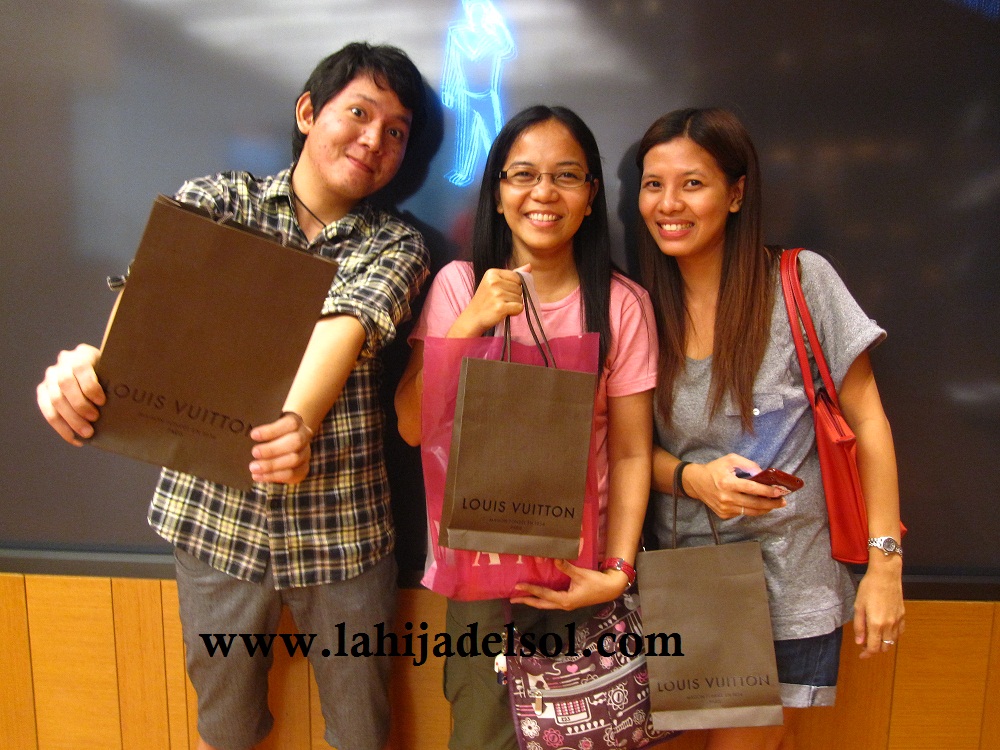 And here is Ray…contemplating on buying more?? This was taken mere hours before the “Louis” became “Luis”. Haha. 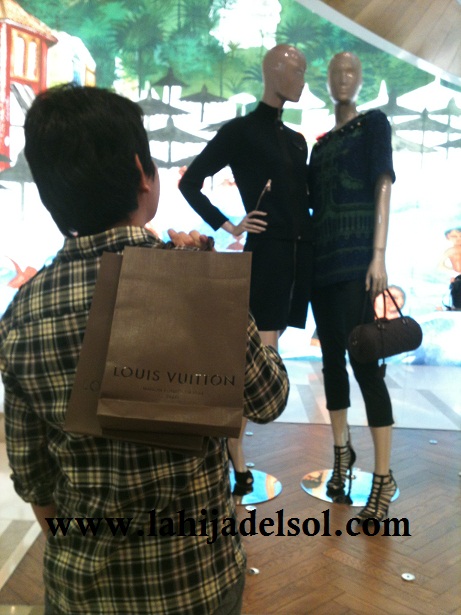 The journey continues on the next post…See you!