I always love going up north, especially during the summer months. Aside from a huge variety of things to do, the beaches are less crowded than in the south.

As Manila is becoming hotter and more humid by the day, I did not pass up an opportunity to go to Bolinao on a company outing. I have only been to a limited number of places in Pangasinan, and only when I was much younger, when my mom used to go home regularly to her hometown in Alcala.

The thing that I like with company outings is that you don’t have to do anything. You just show up! Also, the company usually provides a budget for activities like this. Even if you have to shell out for other things like food and alcohol, it won’t cost so much.

Unfortunately, the team was decimated to just three: Vernon, Vic and myself. Karlo and Kevin both had some stuff to do for the weekend. Doesn’t matter in the end because — crush alert! I got Doraemon, Kilimanjaro and Guy Smiley in the trip too. This vacation is going to be awesome!

Together with 3 other teams, we fit into 2 vans. We left Manila at around 1am Saturday. It was a good 7 hour drive. But our driver was probably a frustrated F1 driver who drove really fast that we thought we could shave an hour off the total time. Vernon even dubbed him “kamikaze driver”. Unfortunately, kamikaze-san was bad at directions. If it weren’t for Vic riding shotgun, we would have been lost. Vic was awake for the entire duration of the trip, on Google Maps on his phone while he helped navigate the way to Bolinao — instead of Dagupan, where we were wrongly headed because kamikaze-san took a wrong turn. :-/

Poor Vic. He had to stay awake to make sure the driver is on the right road while the rest of us were trying to sleep. Operative word: try. It was probably the worst sleep I had in a moving vehicle. I couldn’t sleep no matter how hard I tried. The ride was so jerky and made me nauseous. Even the hardy Vernon had to lie down on the seat so he wouldn’t throw up. I think it is partly due to the kind of van we had. I can’t explain it as I am not good with vehicles but almost all of the company shuttle vans are like this.

After a quick breakfast at Adora’s, we drove to Puerto del Sol, our base for the next 2 days. After a quick look around, I was convinced that the hellish ride was worth it. This place is sweet! I’ll let the pictures speak for themselves! 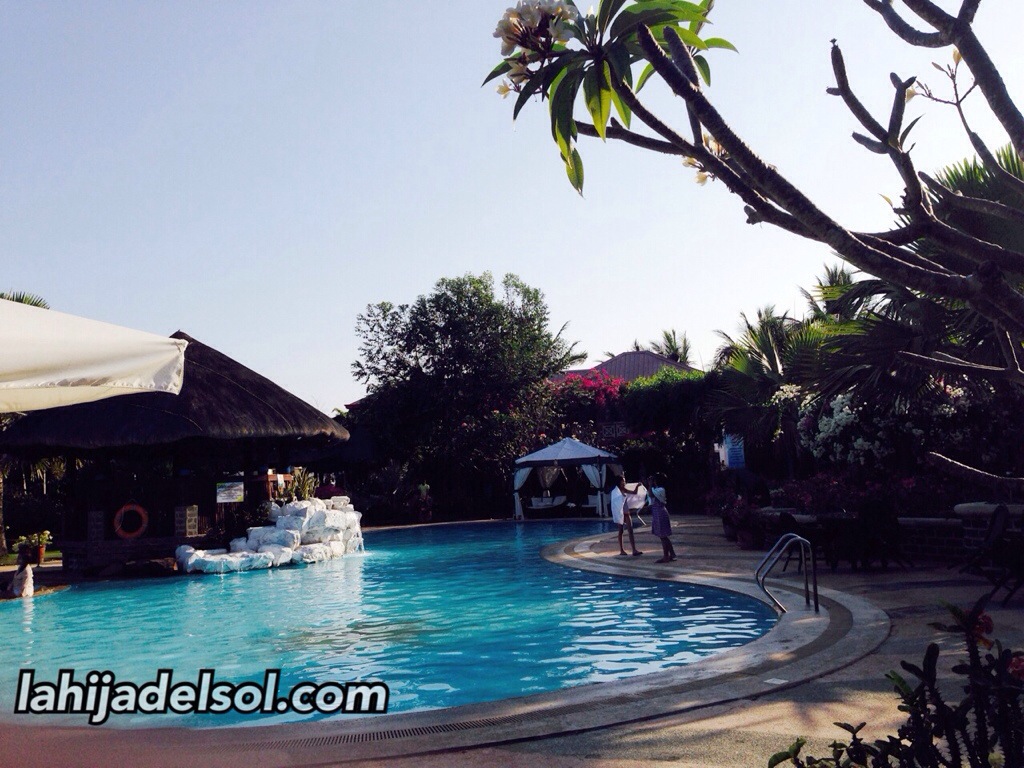 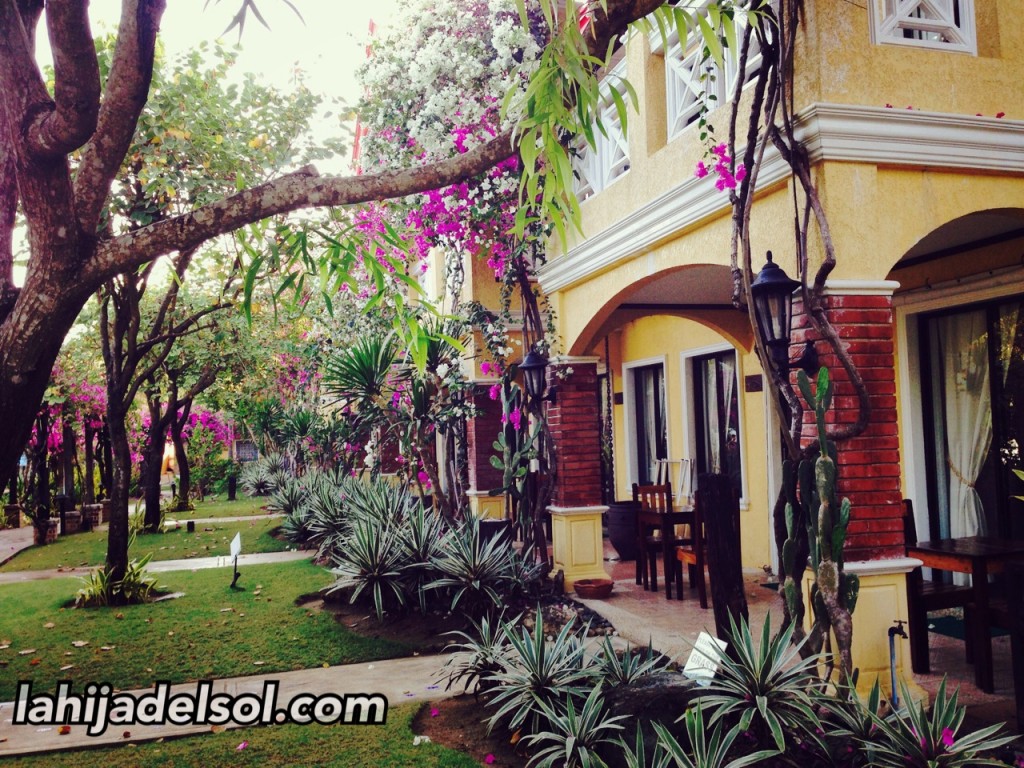 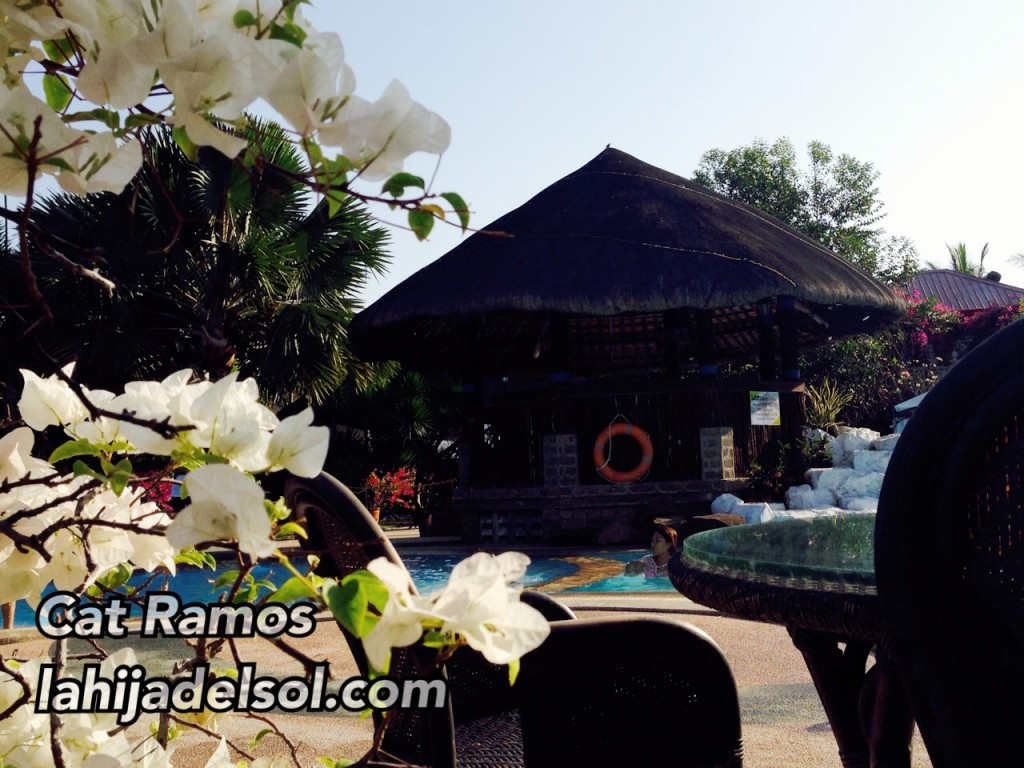 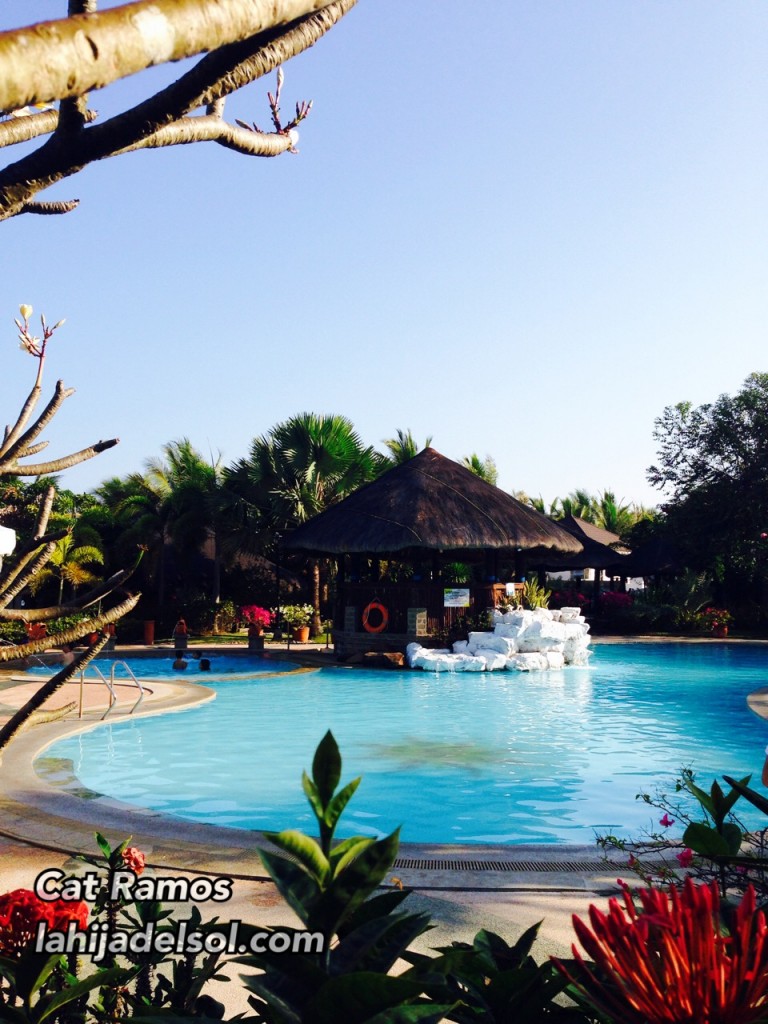 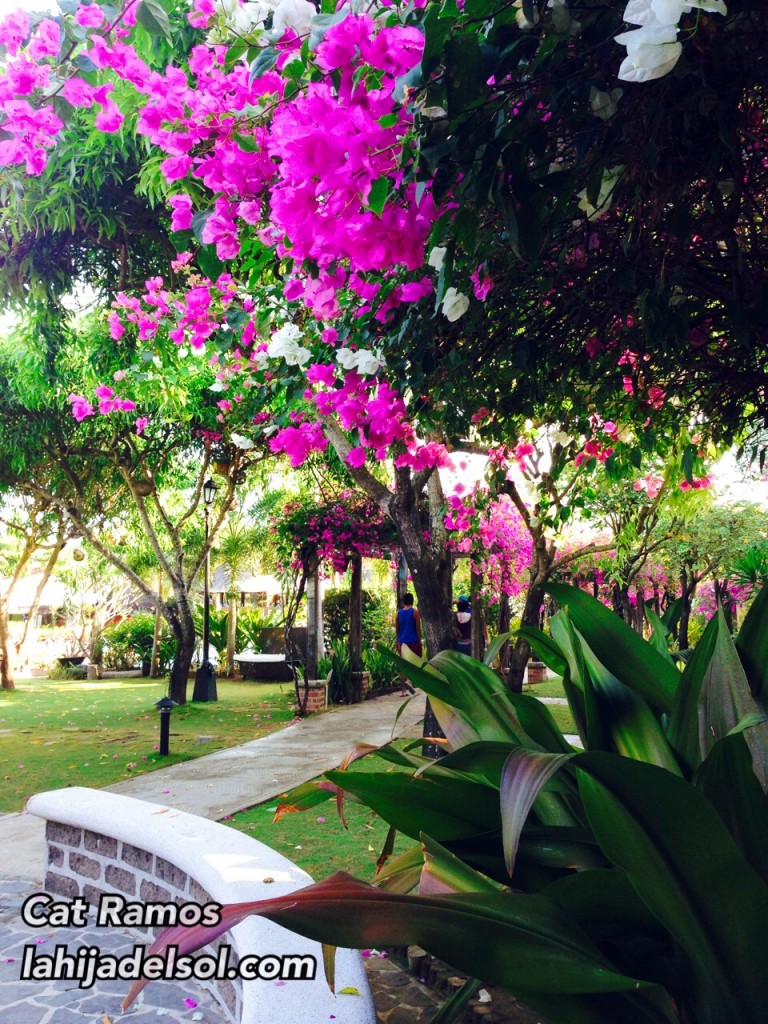 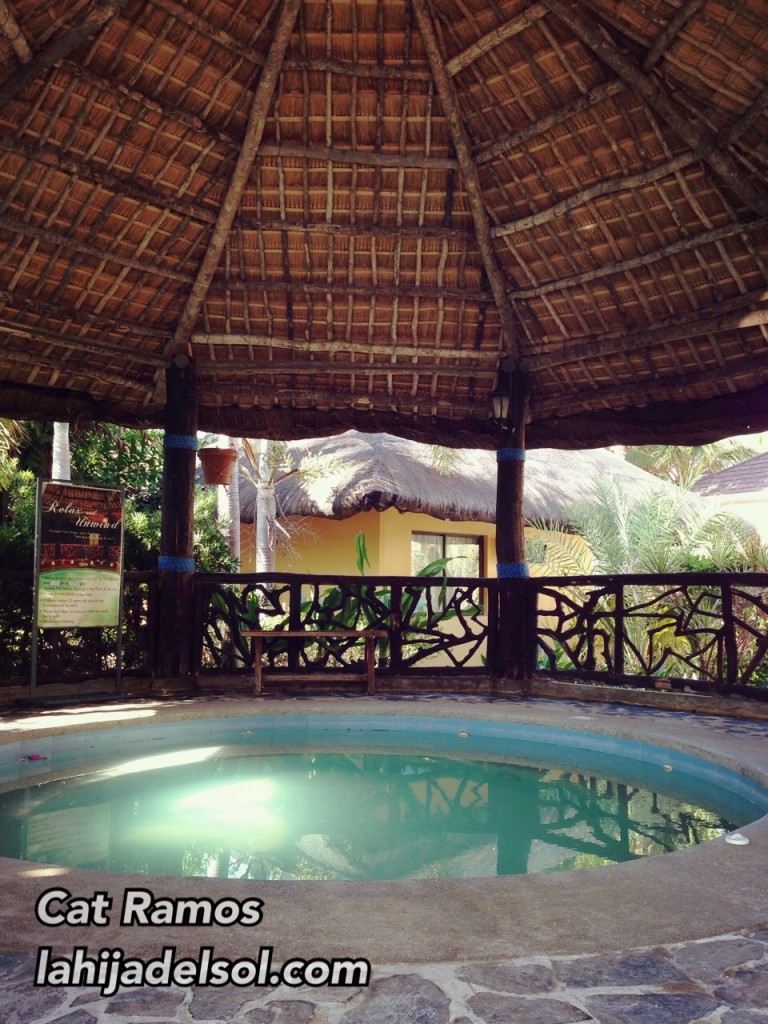 While waiting for our tour to begin, we played Frisbee at the beach. It was so hot but no matter — I was having a grand time. Aside from Frisbee, you can also play beach volleyball. Here are some of the activities you can do at Puerto del Sol: 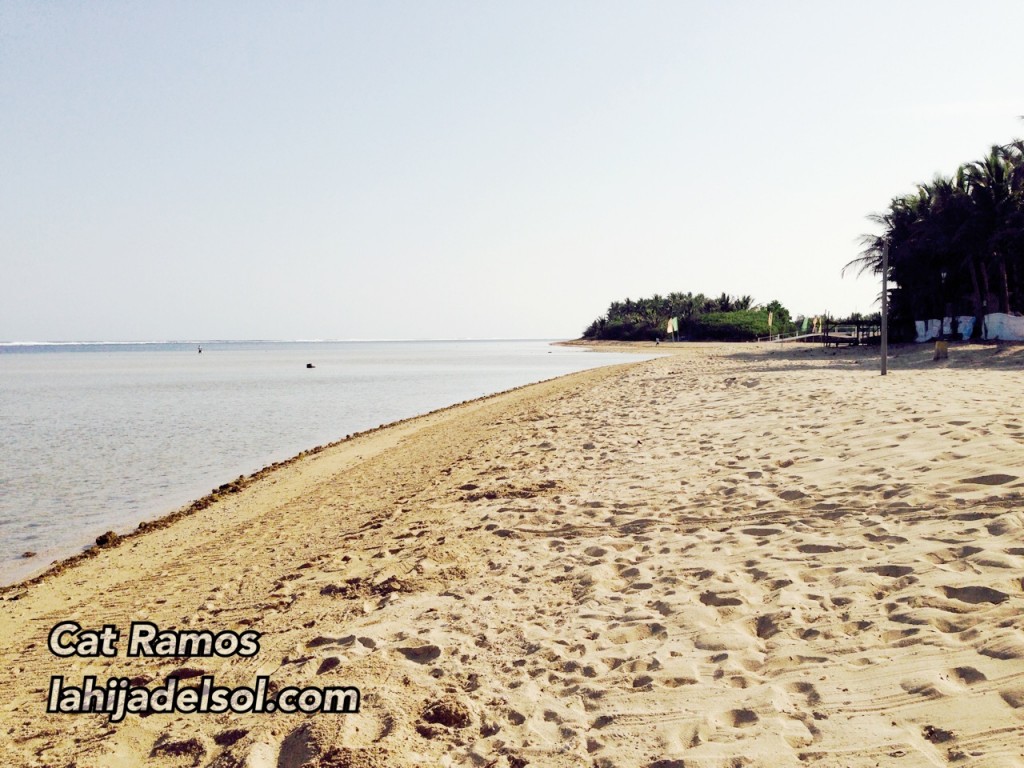 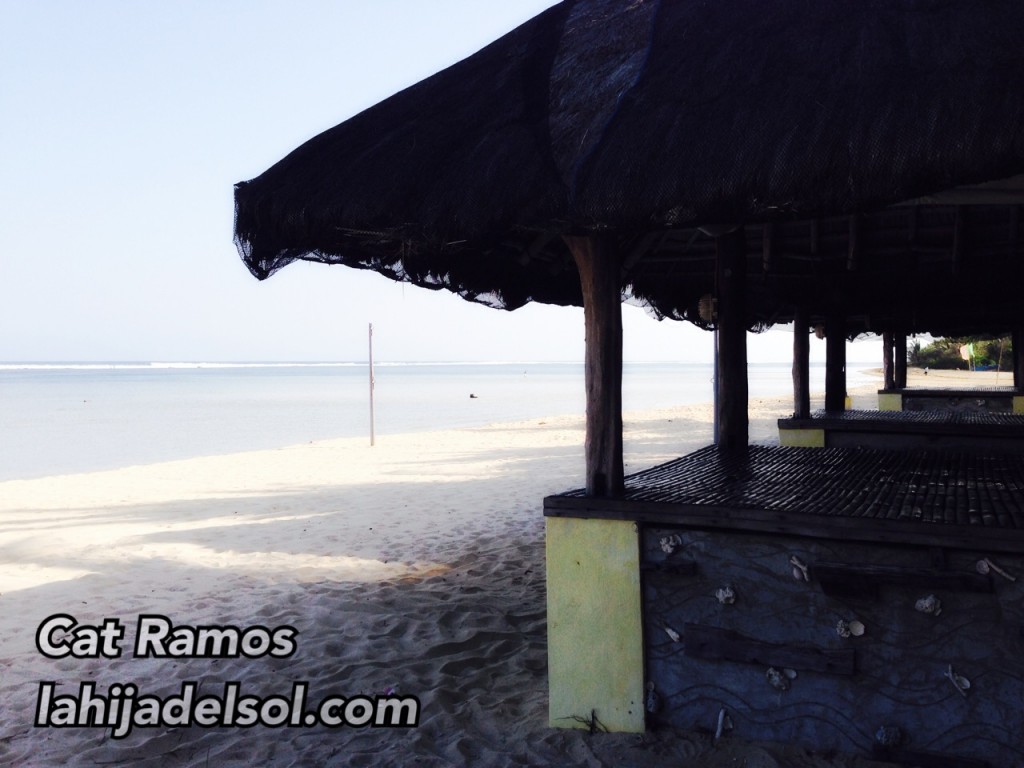 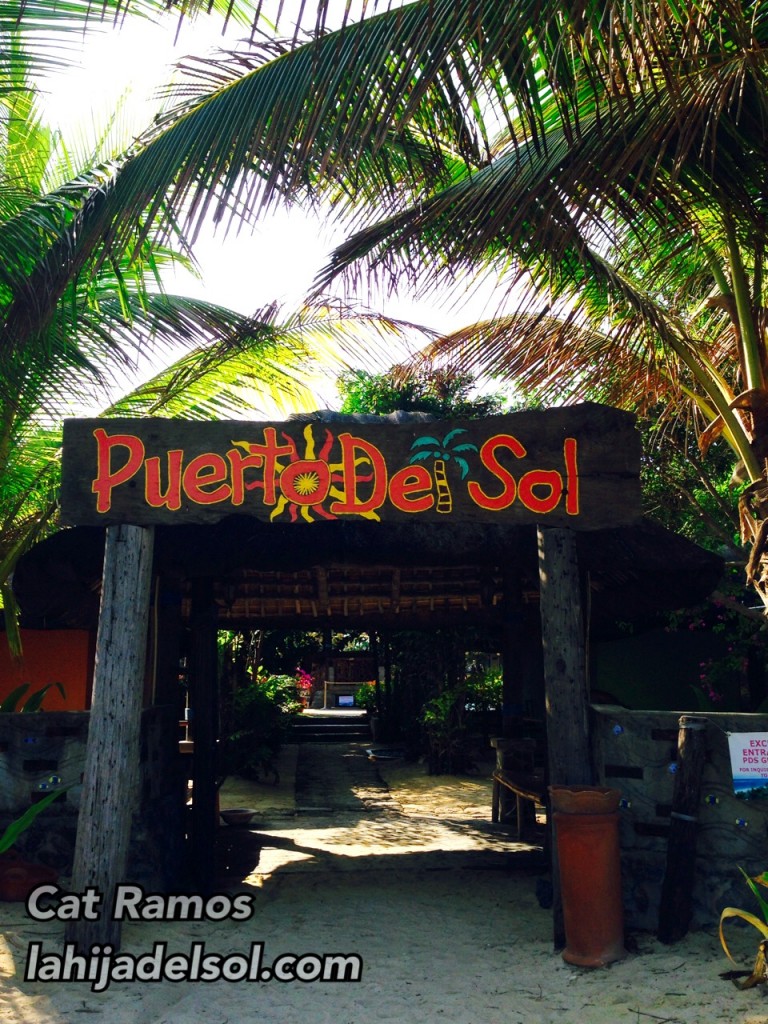 Our first tour stop is this seaside spot. Look at how craggy the rocks have become, after being buffeted endlessly by the violent waves. Obviously, we cannot go down near the water as it is not very safe. So we only admired the rock formations from atop the cliffs. 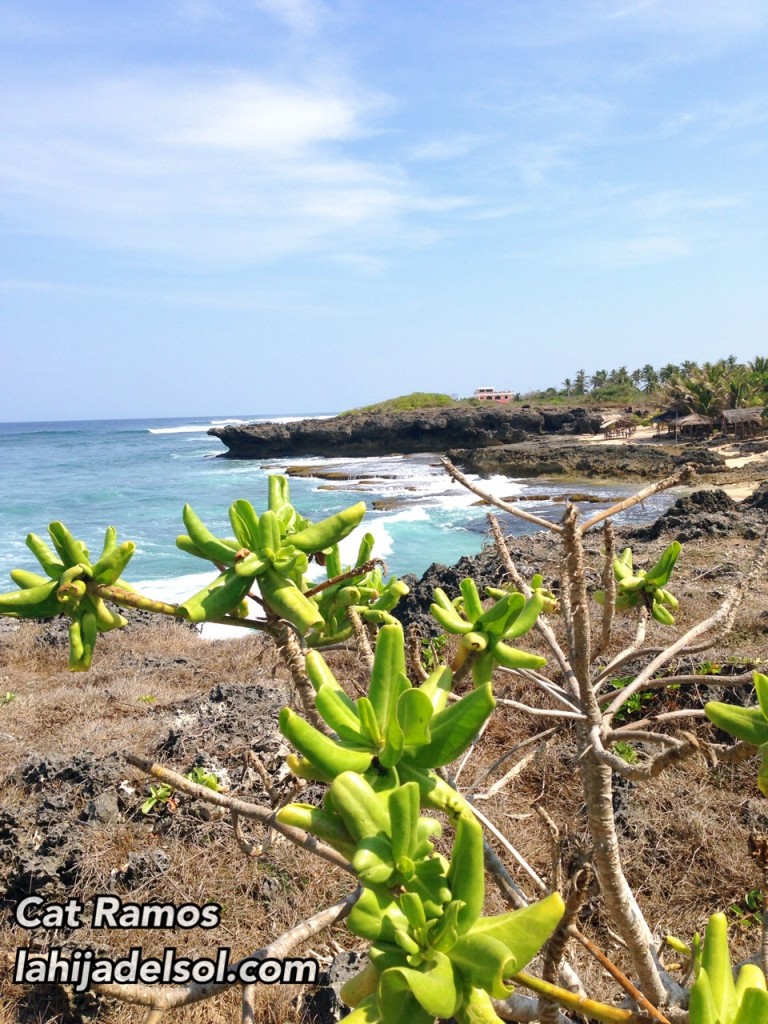 The next stop is the Patar lighthouse, located on a 300-ft hill. There’s really nothing to do here except take a quick picture of the lighthouse, maybe admire the view a bit and eat ice cream them head on to the next stop. 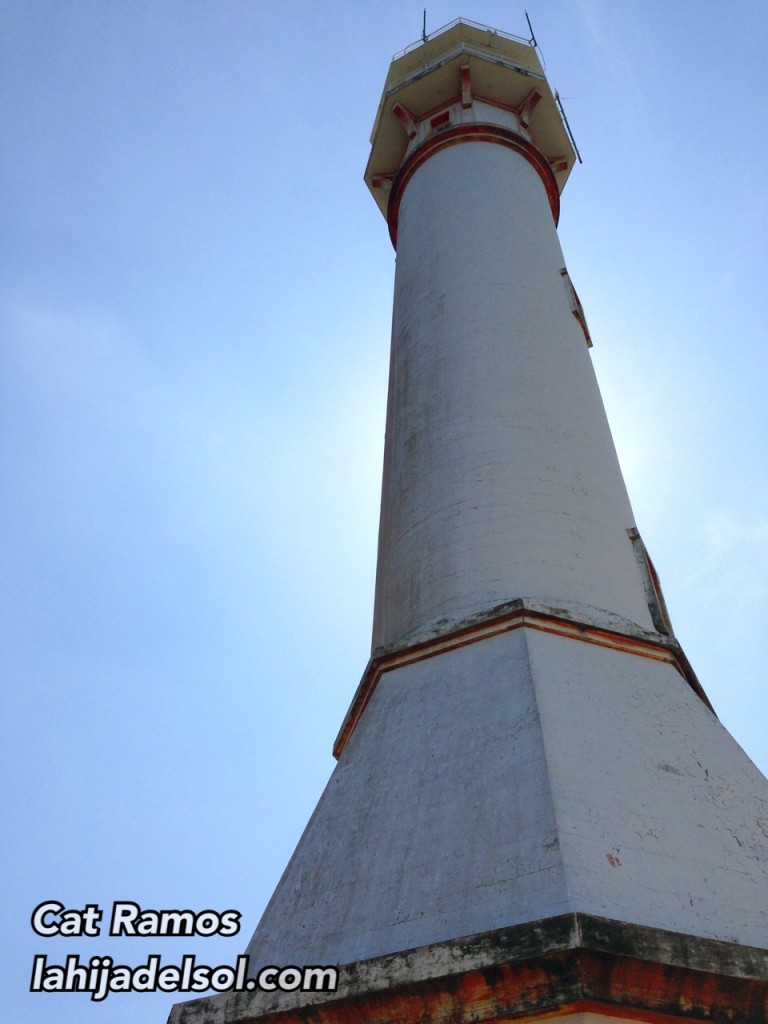 Now this next stop is the highlight of the morning. Patar Beach is really a sight to behold. Under the blazing midday sun, its white sand shines brightly and the blue waters shimmer invitingly. Not even the burning sun could stop the others from jumping right in.

Me? I found my own hut, laid down and snoozed! The breeze was really, really cool and it was all I need to doze off. Well, that and the several glasses of Bacardi-Coke I had for lunch.

Lunch? Yes, well, I had to drink. Otherwise, the others will drink up everything. They actually started drinking the Bacardi in the other van the night before and I was surprised to see that the bottle was half-empty at lunch time the next day. I was pissed because Vernon bought it — he asked me what I wanted for drinks and I said Bacardi so he got one. 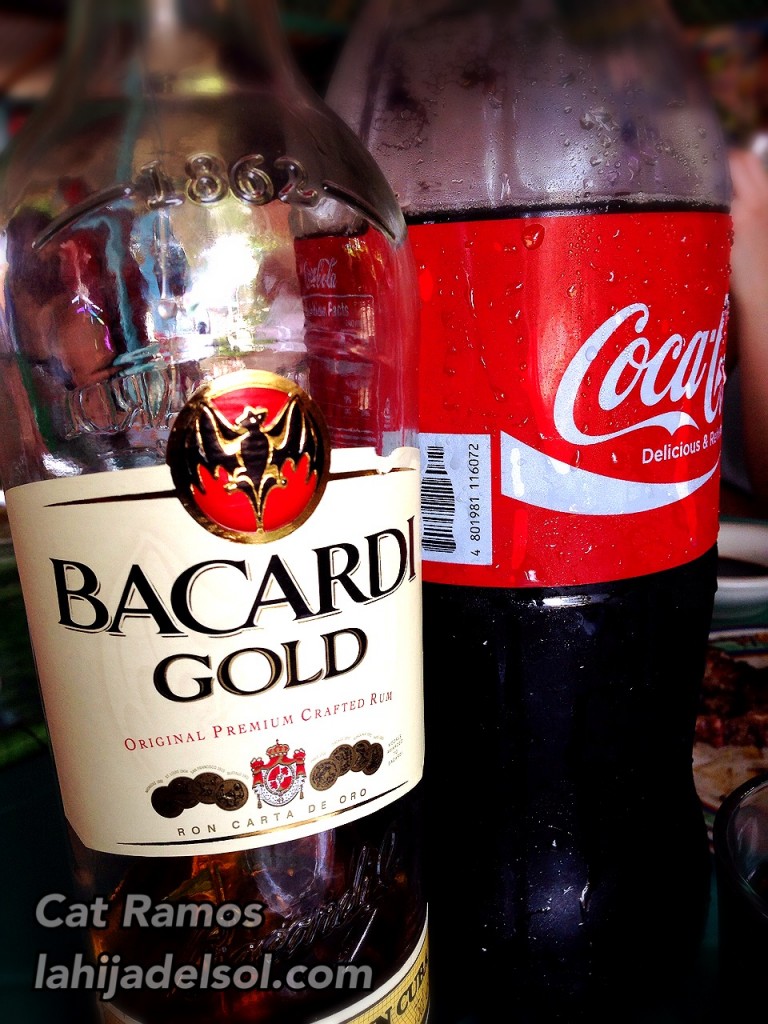 After lunch, we headed to the huts to chat with the others while they played cards. Doraemon asked me if I wanted to play — even if I did, I couldn’t because I don’t know pusoy dos or tong-its. Oh well, it was another one of those high school moments. “OMG, my crush talked to me” kind of thing. 🙂

When the others went away to swim, I took a nap. Sure, the water was tempting. But sleeping under the cool shade of the hut with a lazy wind blowing sounded like such a good idea. I woke up really refreshed. I wanted to sleep longer but we were headed to the falls in the afternoon so we went back to Puerto del Sol to freshen up and then drove to the waterfalls. Of course, the drive wasn’t without incident. We got lost on the way back from Patar Beach to the hotel, and from the hotel to the falls.

This place is awesome! The water was so clear and quite cold. It is about 9 or 10 feet in the deepest part. The great thing was I was able to swim to this part (and back) without any help. Then I also treaded the water for sometime, like how Endre did it in the Danasan waterfalls. It is tiring but I’ll work on that soon. Baby steps.

Also, when I wasn’t swimming, I was checking out Doraemon, Kilimanjaro and Guy Smiley. V and V knew all my office crushes and I love the fact that they sometimes act like my “wing men”. Back at the snack hut, Kilimanjaro even introduced himself to me because he said we haven’t been formally introduced. Landi lang. 🙂 I am pretty sure he does that to everybody. Besides, I know he’s got a kid and a wife. I just find him cute, that’s all. 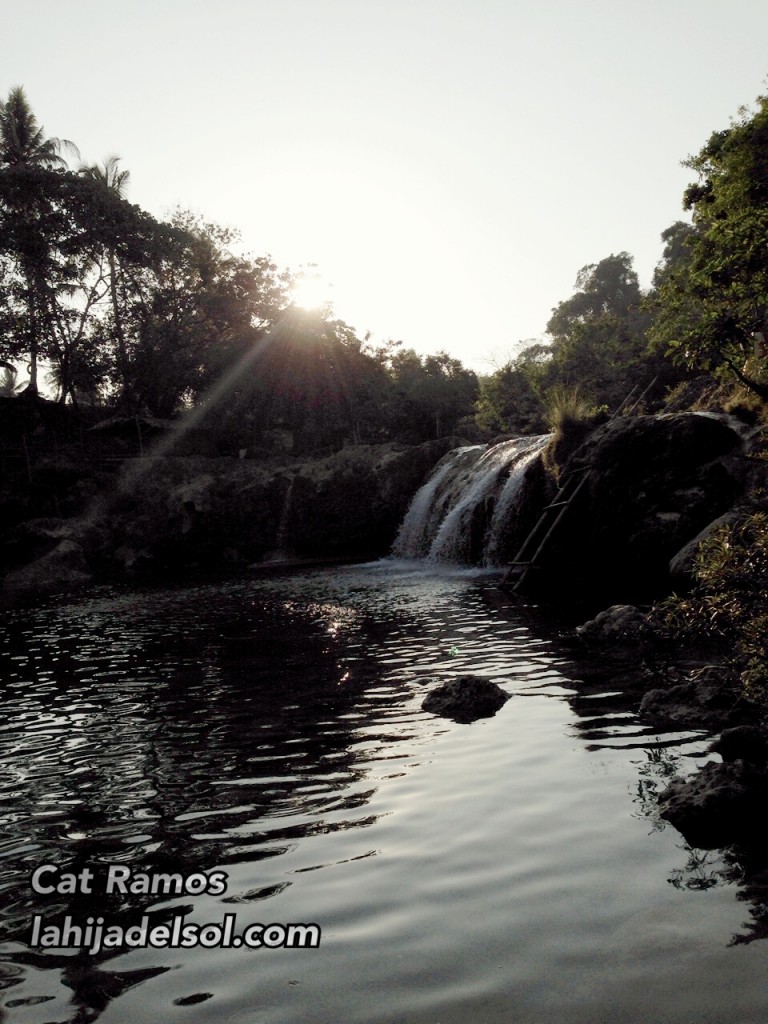 We left the falls when it started to get dark and made it to the hotel for a nice, hot dinner. The set meal that got the most “votes” from everyone was this: grilled fish steak with vegetable and camote okoy. It was OK. I don’t always enjoy eating when I am on trips, as I’d rather be doing something else than eating. The okoy was good, but a bit of an overkill. To have it with rice is too heavy for me. But apparently, it was no problem for Guy Smiley who was volunteering to eat up leftover okoy from everyone — he was sitting in front of me on the table so I got dessert right at the start of the meal 😉 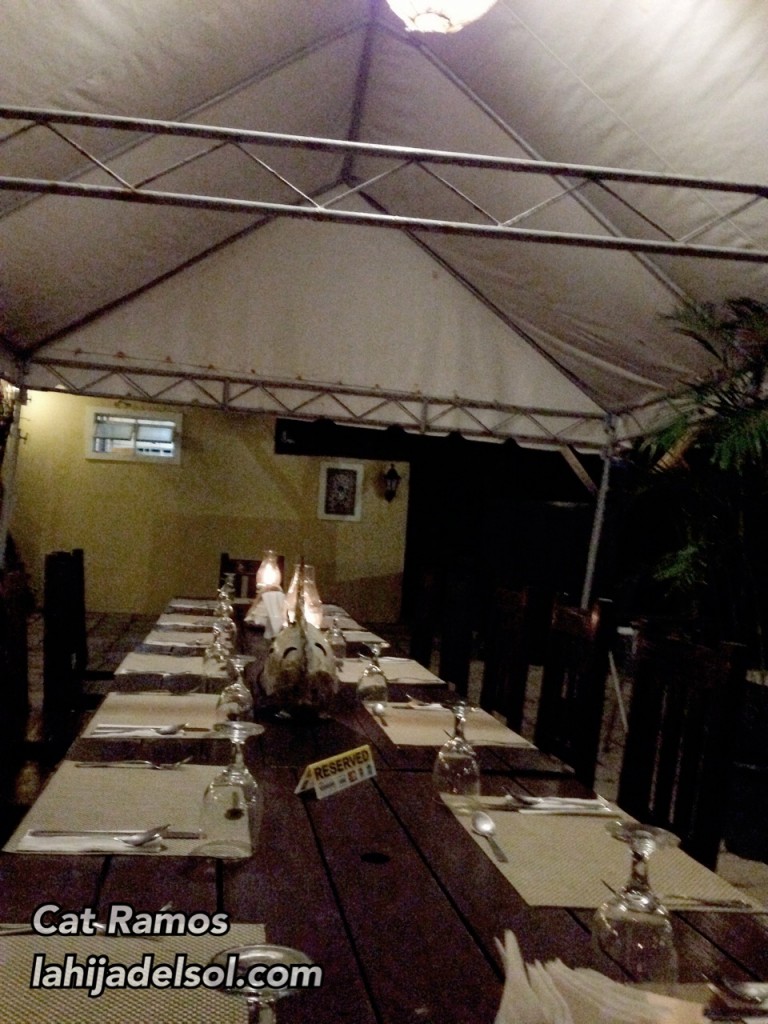 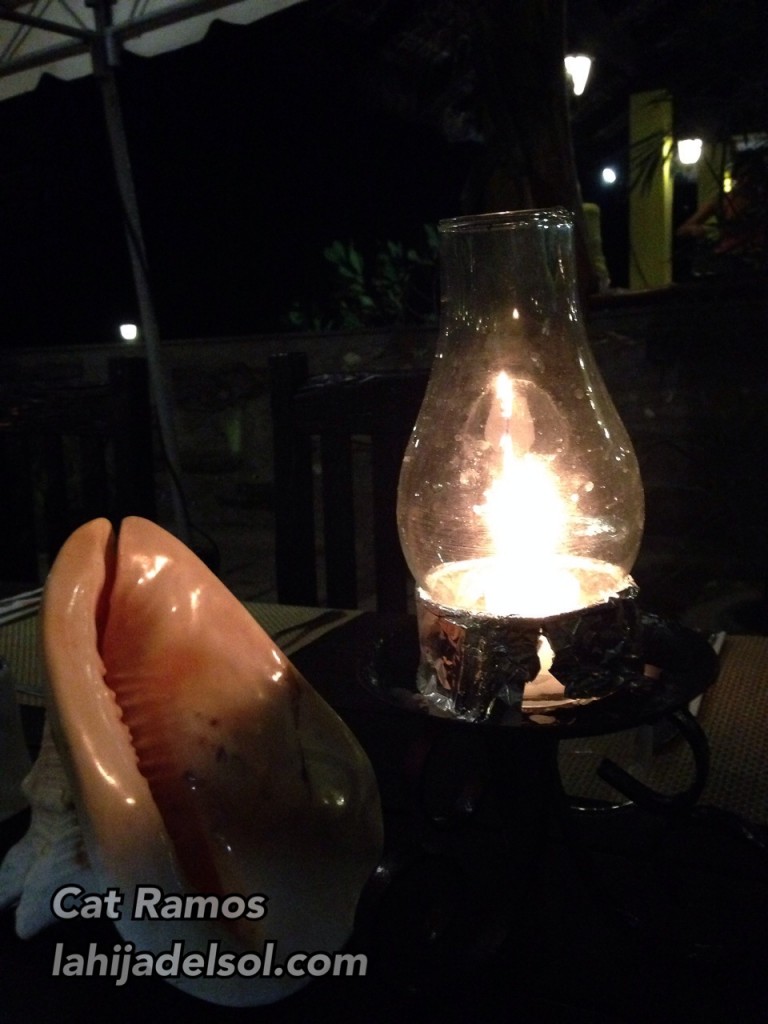 After dinner, I thought of going swimming in the pool but I was so full so I decided not to. Instead, I watched Vic and Vernon play table tennis and billiards. I didn’t join, and even as a scorer, I was lousy. Look, Thor trumps Captain America! 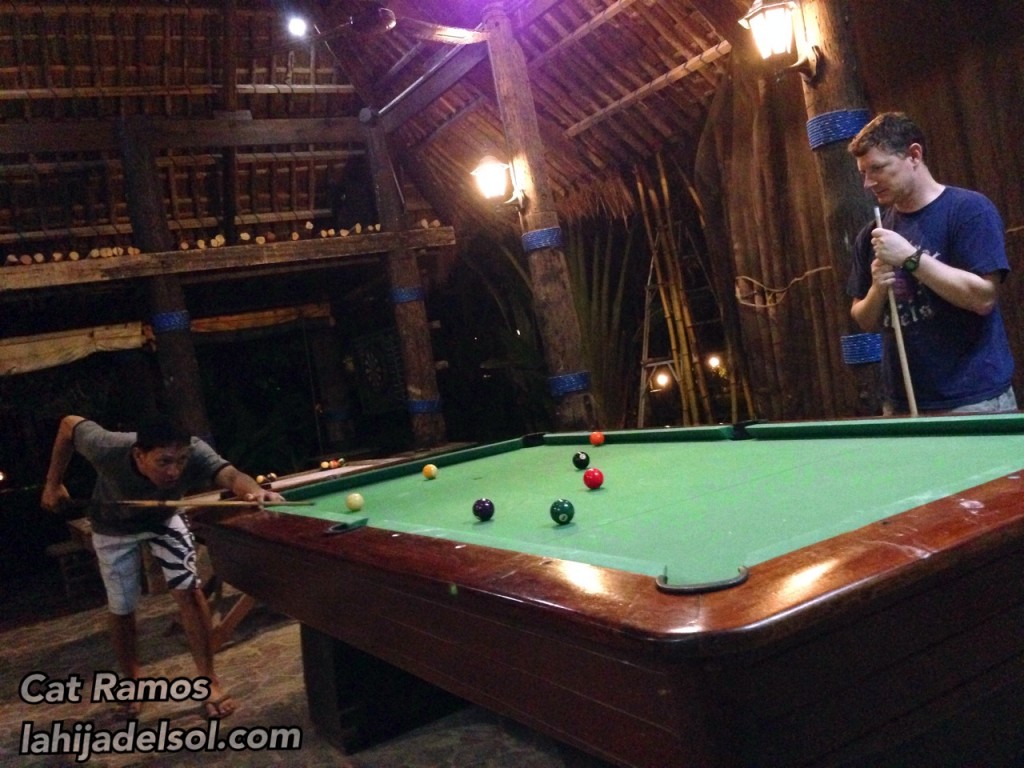 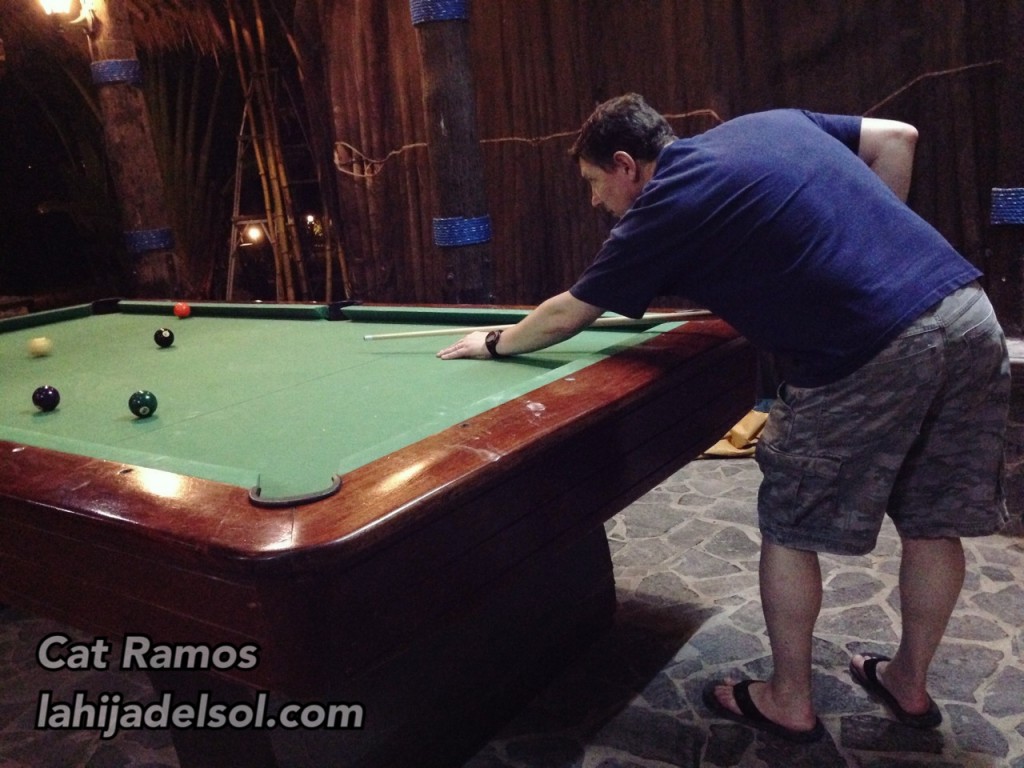 Later that night, everyone went drinking in the room beside ours. Vernon and Vic joined the others while I called it an early night. I don’t know, I guess I still needed my sleep and I was really not in the mood for drinking.

It was a deep, deep sleep until I heard the phone ring in our room. Yeah, I was in the same room as V and V because I didn’t want to stay in a room with girls who are not my friends. Besides, V and V are practically my family so it was no problem for me. Apparently, the reception received a call from a hotel guest, complaining about the racket our group was making. It was maybe 3am, I must be lonely. No, I was sleeping. So I wasn’t part of the ruckus.

The following morning, we had breakfast with some of the group. Maybe the rest were still sleeping after partying into the wee hours. After breakfast, we headed out to the water for a swim. Tough luck! The water was so shallow and seabed was full of rocks. It is deeper after the breakwater but swimmers are not allowed beyond that for safety concerns. Thor and Captain were throwing a football at each other but it doesn’t look much fun as they cannot really run or dive and then they have to wade after the ball after a missed catch. I tried to swim but my knees kept scraping the bottom. If I float on my back, my butt skims the rocks. I give up! A flooded Espana is way deeper than this!

Still, it was a nice weekend. It would have been more fun if the 2 other clowns were there but all in all, it was good 🙂 But note to self: for beaches with a soft sand bottom, better head to Pagudpud. 🙂