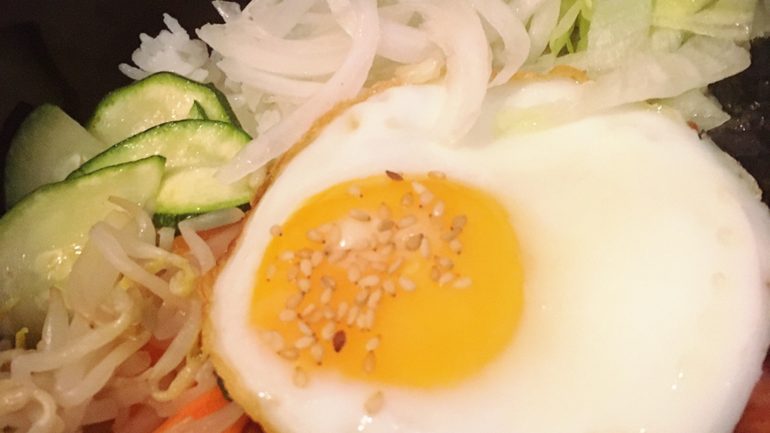 Slowly, life is getting back to its pre-COVID state in Budapest. My boyfriend even returned to work in his office (I haven’t yet!!). Businesses have resumed their usual hours and restaurants have finally opened their indoor dining spaces too.

At the start of the lockdown, we planned to cook everyday, but we got tired of it. Planning for meals that will satisfy both of our tastes proved to be difficult. When it was particularly difficult to agree on the day’s lunch, we always turned to Wolt or Netpincer! In this time period, we discovered quite a lot of food gems that we’ve never tried before.

This has got to be my most favorite of all the places we tried. We ordered their gyoza, tonkatsu and karaage. This is 100% legit Japanese! No tweaking the recipe to fit local tastes. No way, this is the real deal! If you love Japanese food like I do, this should be one of the top places in your list!

The owner Hirose Yoshihito-san hails from Osaka (according to Facebook), which is considered to be Japan’s kitchen 天下の台所.

We have not tried the other place, Kicsi Japan Sushi (which is near where I live), but we do plan to visit once it is fine to dine-in.

We’ve been going to Hanami in the Blaha Lujza tér area even before the pandemic happened, so it is not exactly a “discovery”. But I put it in the list because we love it so much, and we ordered from them a few times during quarantine. It is a nice cozy place with great food and nice staff, and we already have our own favorites from the menu, which we also ordered while on quarantine – ramen (Hanami’s ramen is G’s top favorite among all the ramen he has tried in Budapest), Sakai sushi, gyoza and yakitori.

I first learned of this place during a Zoom party with our office group. One of my colleagues, Shengxia, was eating some really yummy-looking chicken wings, so I had to ask her where she got it!

As I suspected, G did not like the kimchi 🙂

This is a fairly new place in Tompa utca in the 9th district and while they do not have a big menu, their pizzas are quite inexpensive at HUF 1,790 and HUF 1,890 for a 32-cm pizza, depending on the toppings.

However, they can be a bit inconsistent with the flavors. We were disappointed in the last 2 times we ordered from them. One time, we could not taste the blue cheese on the four cheese pizza. In the most recent order, we had four cheese again and it was so salty, and I was missing the blue cheese again. I still have 1.5 uneaten slices in the fridge because they are too salty. I hope they will go back to being excellente again!

The main store is at Nagymező utca in the 6th district, but they also have a store around the Corvin area which has a nice outdoor seating area. I’ve been craving for empanada since December, when we had extremely good empanada in Barcelona, courtesy of Empanada Club! I was not disappointed with Empanada Story! We had one with beef, one with broccoli and rice (weird), one with paprikás csirke (of course, G ate this one) and one with mushroom and bacon.

We loved it so much, we ordered again, and more 🙂 This time, we had 2 each of spicy beef (in addition to the traditional beef one), paprikás csirke, mushroom and bacon, cheese and ham, and they gave us one free tuna empanada!

Each empanada has 2 letters on the dough/pastry that identifies filling. CP, for example, means Paprikás Csirke. But the letters are not always very clear, so if you are ordering different variants, this is something to keep in mind. I had to make sure I wasn’t giving my boyfriend the tuna one, because it is tomato sauce-based and he hates tomato. But I loved it~♥