When Kouchou-sensei invited me to this year’s Open House, I begged off doing the Trivia Booth. While it remains to be one of the more popular booths, I have been doing it for the past 4 years now. Also, half a day of shouting questions makes me hoarse for the rest of the day. And I needed to save my voice for the UST-Adamson game in the afternoon, haha.

So I got to be the assistant in the shodou (Japanese calligraphy) lessons by Suma Ayuko-sensei (of the Japan Foundation). I was so nervous because my very first shodou experience was a disaster. But Suma-sensei explained the basics so well that I felt that I could do it on my own.

First, she explained the tools and materials used in shodou: 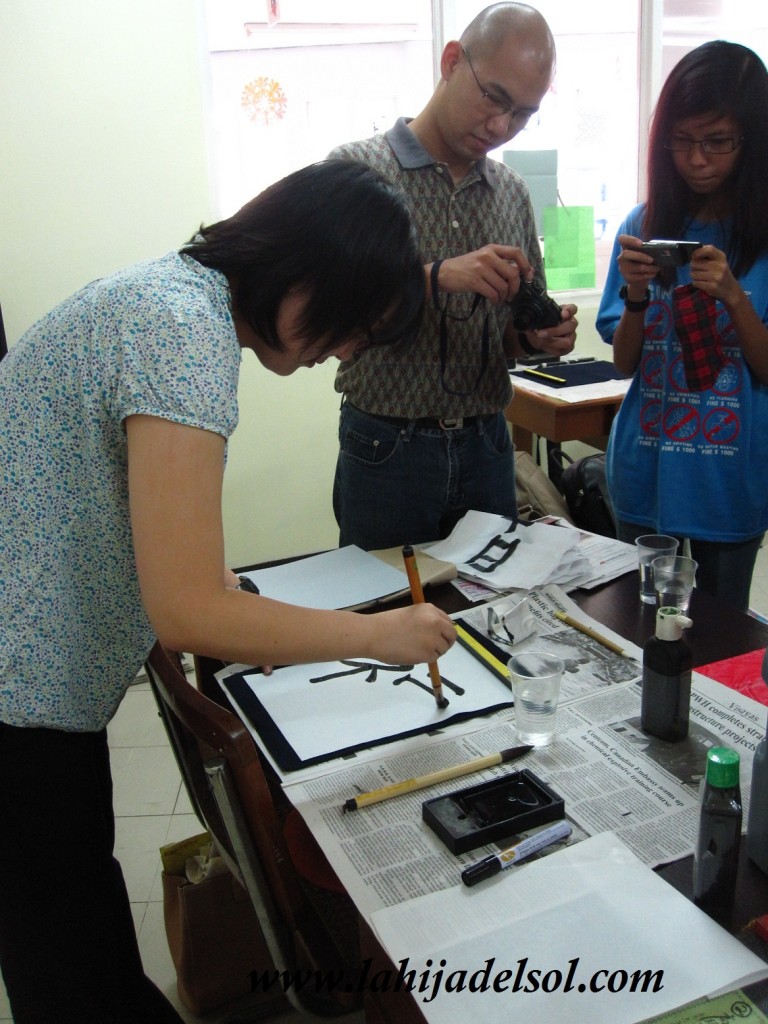 Some reminders when starting shodou:
I remember Edwin Mojica-sensei saying before that shodou is also a form of meditation. You empty your mind of everything and concentrate on the beauty and meaning of your writing.
In connection with Zen Buddhism, Wikipedia has this to say:

Japanese calligraphy was influenced by, and influenced, Zen thought. For any particular piece of paper, the calligrapher has but one chance to create with the brush. The brush strokes cannot be corrected and even a lack of confidence will show up in the work. The calligrapher must concentrate and be fluid in execution.

Basic shodou strokes
According to Suma-sensei, there are 3 basic strokes in shodou: 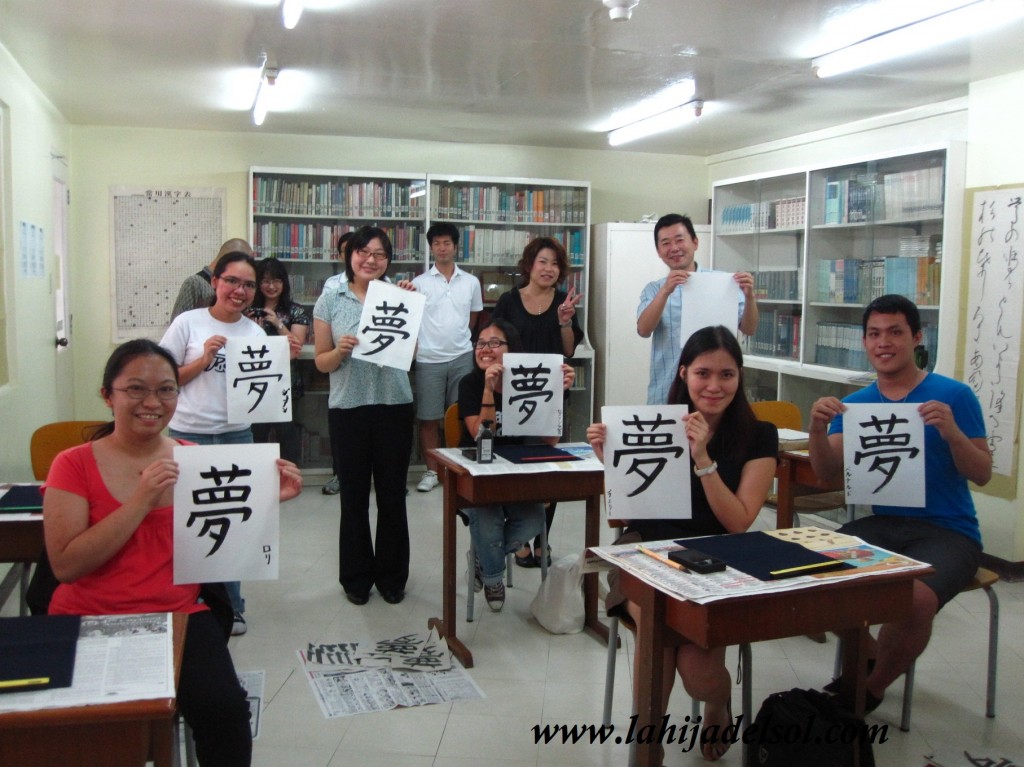 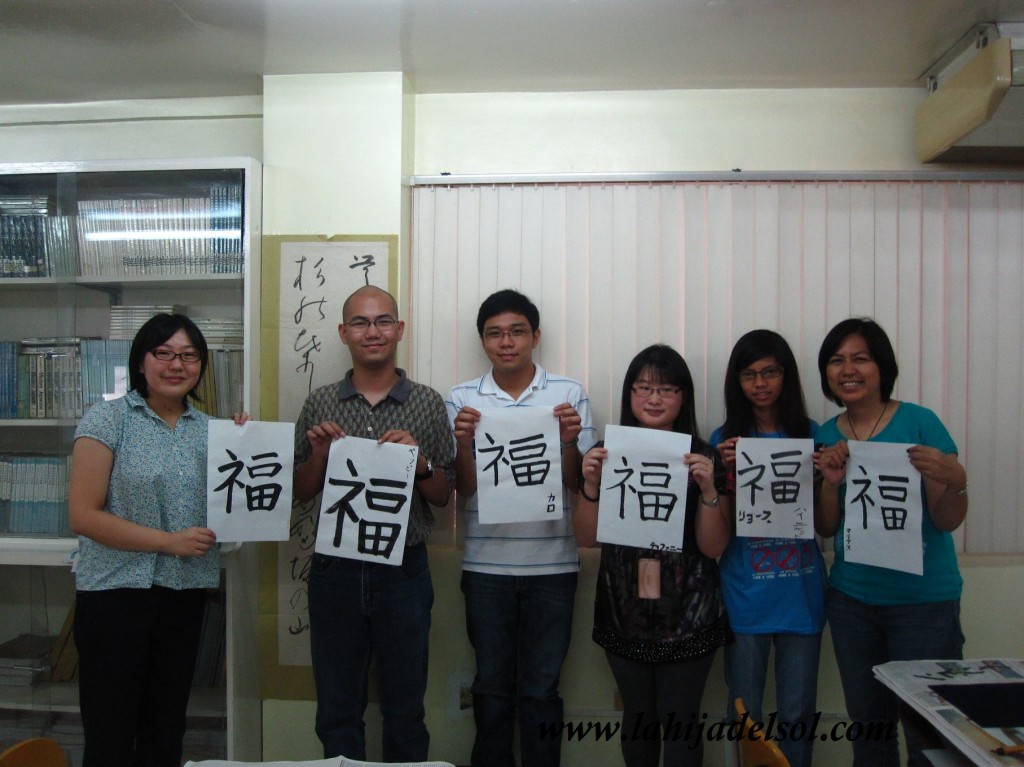 At the end of the basic lessons, the class participants chose a Kanji to write on the special shodou paper, which they can take home and display. The first session chose 夢 (yume – dream) , Tesha’s session chose 福 (fuku – good fortune) and the 3rd chose 忍 (nin – patience).  Ahahaha, funny because before the classes began, I was telling Suma-sensei that my favourite Kanji is fuku because of Fukuyama Masaharu! 😀 I didn’t know what Kanji the last session chose because I had to fly-fly to Araneta after we broke for lunch.
My time at the shodou class was very fun — it was really great knowing that many Filipinos are interested in Japanese traditional culture too, not just popular ones. And they were really good at it, as these photos show! 😀
I’d like to try these out as soon as I find my brush. I only have my fude pen but it is not suitable because the head is so small. Also, I need to take my Vitamin-B complex because my hands are beginning to tremble again 😀
I will upload more NCF Open House pics as soon as I grab them from Joy-san’s FB album 😀 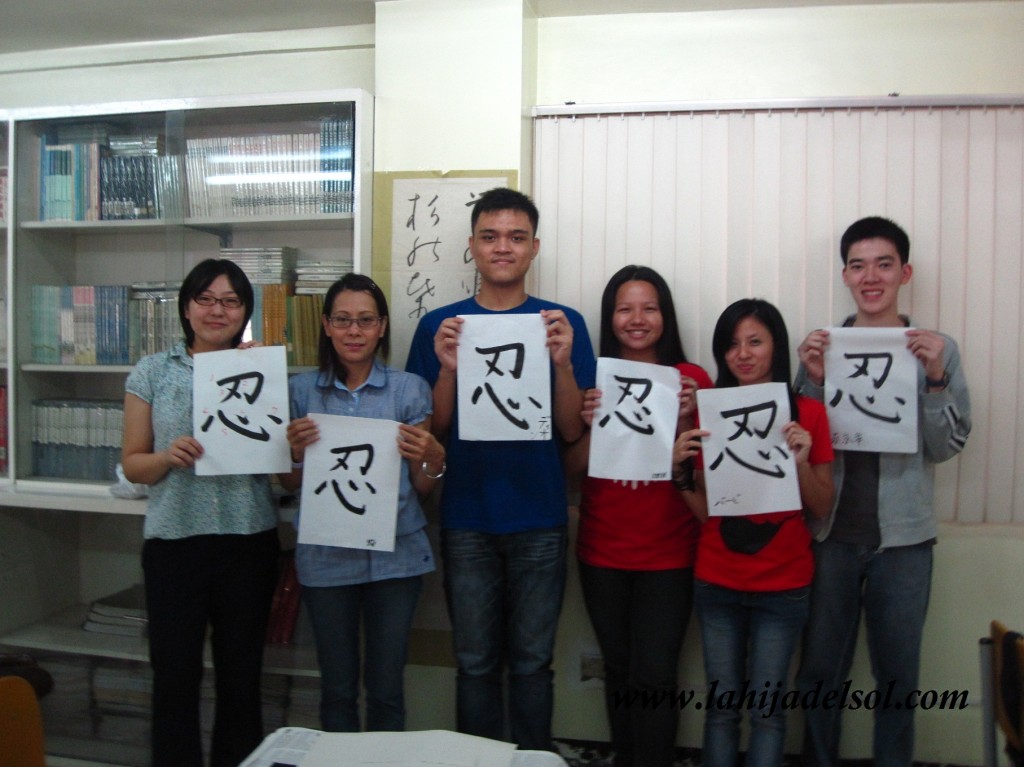